I learned something while writing my recent novel about John Lothropp. The Pilgrims who came to America in 1620 were Separatists, not Puritans. How many times have we seen paintings of the Pilgrims in Puritan clothing? When in reality they probably wore the colors of everyday-people in England. All over the internet you can find learned people calling the Pilgrims Puritans. I’m wondering if I was taught this in school. How did the false information get into my brain? 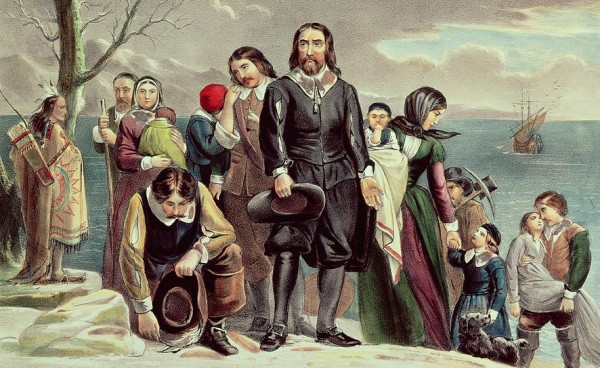 Separatist:
English Protestants who denied the Church of England altogether. They separated themselves from the perceived corruption of the Church and formed their own congregations. They felt true Christian believers should seek out other Christians and together form churches that could determine their own affairs without having to submit to the judgment of any higher human authority. (In the early 1600s it would have been the king and his archbishops/clergy.) Some believed the Church failed to promote faith because of lascivious living and greed of the hierarchy. Because Separatist congregations were illegal in the early 17th Century, many of its adherents were persecuted by the High Commission. They were often labeled as traitors and many left England.

Puritan:
Held the belief that the Bible—and not traditions—should be the sole source of spiritual authority, holding that the pattern for organization of the church was laid down by the New Testament. They were also at the fore of the campaign for reform. The key ideas of the Reformation were a call to “purify” the Church of England from its Catholic practices—thus the believers called themselves “Puritans.” They insisted on significant changes in the Book of Common Prayer but were reasonably satisfied with the Church’s Calvinist teachings on predestination and the Eucharist as well as its hostility toward images. Although they didn’t leave the Church, they maintained that the Church of England was only partially reformed. They called for ethical and moral purity, believing true reformers should remain in the Church, working for this purification. They adopted a literal reading of the Sabbath commandment (Sabbatarianism) that called for both worship and rest on the seventh day of the week. They believed Paradise would occur on Earth prior to the final judgment (millennialism). Because their ministers made it their purpose to interpret scripture for the people, they became a central role in their society.
The biggest difference between the Separatists (Pilgrims falling into this group) and the Puritans is that the Puritans believed they did not need to abandon the larger Church of England. Their culture of thrift and industry fostered prosperity for themselves and their community. Puritans were known to wear simple clothing that was black or dark brown. They felt it ungodly to laugh or have fun. Puritan’s preferred to call themselves "the godly." They developed a colony in America which they wanted to be a model to the world. In 1630 a famous Puritan, John Winthrop, wrote of settling the Massachusetts Bay Colony: “We shall be as a city upon a hill, the eyes of all people are upon us.”

In 2020, America will be celebrating the 400th Anniversary of the arrival of the Pilgrims and formation of the Plymouth Colony. 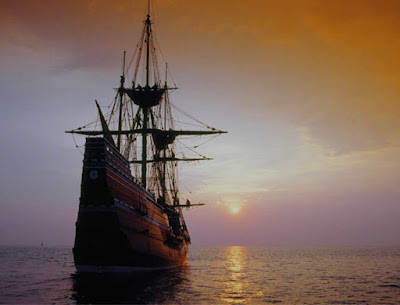 In commemoration of the event, there will be many festivities in Massachusetts.

Visit the Plymouth 400 website to learn more about the many commemorations, including the Commemoration Opening Ceremony in Plymouth on April 24th; the Official Maritime Salute with regatta, lobster and military fanfare on June 27-28th; the August 1st Wampanoag Ancestors Walk; the Official Massachusetts State House Salute on September 14th; the Embarkation Festival on the 19-20th of September; the Indigenous History Conference and Powwow on October 29th; and finally, Illuminate Thanksgiving from November 20-25th.

Visit Plimoth Plantation Museum where they provide personal encounters with history and teach of the Mayflower’s arrival into Cape Cod.

To commemorate the 400th anniversary of the landing the Pilgrims Massachusetts Society of MayflowerDescendants will host a naturalization ceremony featuring Pilgrims escorting new citizens to their swearing-in ceremony! Because there were 102 passengers on the Mayflower, 102 Mayflower members in Pilgrim dress will walk arm in arm with 102 recent immigrants as they get ready to be sworn in as US citizens at a naturalization ceremony.

General Society of Mayflower Descendants events include the Mayflower II Anniversary Gala in Provincetown; a reenactment of the signing of the Mayflower Compact; a sure-to-be memorable Pilgrim Progress march through Boston, culminating in the official State House salute to the 400th anniversary; and the Mayflower Society’s 400th Anniversary Black Tie Gala, in addition to tours and other activities.

The New England HistoricGenealogical Society will commemorate the Mayflower’s 400th anniversary with Mayflower Heritage Tours—exclusive tours directed by NEHGS experts that explore the sites of the Mayflower's inception and journey.
In June 2020 NEHGS will lead a tour to the United Kingdom for a visit to Plymouth, Southampton, and Dartmouth, England, with world-renowned NEHGS Great Migration scholar Robert Charles Anderson as our guide. The tour will focus on the events leading to the embarkation of the Mayflower in 1620—a journey that would change the world.
“A New England Sojourn” in June 2020 and again in September 2020 will be two exclusive, three-day visits to historic sites in Massachusetts associated with the Pilgrims, including Plymouth, Provincetown, Duxbury, and elsewhere. 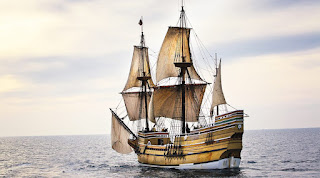 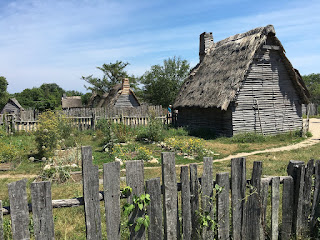 In England, the commemoration focuses on the key towns and cities that make up the national Mayflower trail. On the Mayflower 400 website you can explore the sites, attractions and places on the trail using maps and destination links.

Even in Holland you can take a walking tour that makes it easy to imagine how life was in the 17th century. Guidedvisits to the Leiden American Pilgrim Museum, the Pieterskerk and the University will allow you to understand why the pilgrims ended up in Leiden, and why it was such a dynamic place to be back then.