What Does Your Ancestral Homeland Mean to You?

If when you have your DNA tested for ethnicity and you find where your ancestors were from, does this make you want to travel there? Would you like to win a trip for two to your ancestral homeland?

There’s a company called momondo (lowercase m) whose slogan is “Let’s Open Our World.” On their website it states: “momondo was founded on the belief that everybody should be able to travel the world. Travel opens our minds and the door to a world where our differences are a source of inspiration and development, not intolerance and prejudice.”

A couple of years ago, momondo recorded a series of videos called, “The DNA Journey Feat.” It can be found on YouTube and is very entertaining to watch. I would suggest starting with the one about Ellaha from Iran and then the other videos in the segment should que up. There are a few that are short segments of some candidates in the study,  but it is far more interesting to watch the full videos of each individual, such as the ones about Jay, Carlos, and Aurelie. Momondo tested 67 people, but there’s maybe only a dozen videos to be found on YouTube. With cameras capturing their every expression as they look at their DNA results for the first time, their initial reactions are fascinating to watch.

At the beginning of the study of these 67 young men and women of varying nationalities, they were one by one brought before a panel of two and asked questions like, “What ethnicity do you think your ancestors were,” or “How do you feel about taking a journey based on your DNA?”

It was interesting to hear the answers to who they thought they were ethnically. Most were sure of their ethnic heritage, but the DNA results told them differently. Many who stated what they hoped they were not, were actually from that ethnicity.

An Englishman who thought he was 100% English, said he didn't like the Germans due to the conflicts between the two countries and his ancestors serving and defending England. Through his DNA, he learned he was 5% German. Did the information soften his heart? His responsive expression seemed to say it did.

An Icelander said, “I am more important than a lot of people.” He said he was from the best country in the world and that he was stronger and better than any other ethnicity. When he opened his DNA results, he found his family was from Eastern Europe, Spain, Portugal, Italy, and Greece. He then said, “Iceland has definitely moved closer to Europe now.”

A French woman said all her ancestors were from France. When asked, “If you could be any other nationality, which would you pick?” She chose Italian and British. Her results showed she was in fact, 32% British and 31% Italian. No French ethnicity at all showed in her DNA. She said, “I’ve never really felt at home in my own country—in France.”

All candidates were asked if they wanted to travel to the places their ancestors were from, and they all answered in the affirmative.

The slogan of #letsopenourworld is: “An open world begins with an open mind.”

At the end of the study, a candidate commented (and I second the sentiment), “Who would be stupid enough to think there’s a pure race?” 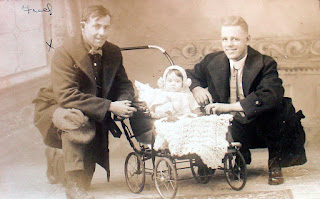 Two years ago, I blogged about visiting my homeland in Ireland in a post called “Are Our Ancestors in Us?” I discussed that unusual phenomenon of feeling like you’ve come home when you travel in your ancestral homeland that you’ve never been to before. I’d like to update that post with an interesting piece of information. My initial ancestry.com autosomal DNA test stated that I was 7% Irish, which didn’t sit well with me. I “felt” more Irish. Well, as ancestry.com has accumulated a bigger database, their results have changed. I am recorded as 21% Irish and Scottish (the two are now grouped together). The results narrow it down further to pinpoint where in Ireland my ancestors were from, which is Southern Connemara and the Aran Islands of County Galway. A small area, maybe just 1/32nd of Ireland.

I wonder how much more our DNA will teach us in the coming years?

If you want to travel to learn about your ethnicity, you have the opportunity to win a trip for two to your ancestral homeland! RootsTech is looking for videos of people stating what connections with their ancestors mean the most to them. Your video will need a title and short description. Use your imagination—and good luck!