How Do We Know Our Ancestors Narratives are Accurate?

I recently read the memoir, Educated, by Tara Westover. It was a grueling read and depressing to the end. I struggled through learning about Westover’s disturbing rural “survivalist” childhood of abuse and neglect. The stories were intense, emotional, and left me exhausted. But Westover’s alluring writing kept me reading. It was like staring at a bad car accident when you know you should look away. I will never forget the book yet can’t decide if I could recommend it to others.


Westover sometimes started a scene by explaining how she remembered the past, but then added that a sibling remembered it differently and told what those differences were. She would even occasionally ask herself if her memory was to be trusted, which then gave her the drive to find evidence of past experiences to back up her memories.


When I looked online at reviews and what people were saying about Educated, I realized the book has become controversial. Some of Westover’s siblings and family friends are claiming Educated to be all lies. Perhaps that is to be expected—and I am making no judgement here.


How do we deal with remembering the past differently than others who were part of that experience? If those others can’t accept our reality, they may try to change the past by denying it. As Westover put it, “reality becomes fluid.” Educated may be an extreme example, but most of us know memory can be fickle. In grad school, I learned that because memory is not reliable, you can only represent an event. There are as many versions of an event as there are people who took part. We were also taught to approximate dialogue that we no longer remembered word for word.


Memories can be fragmentary and sometimes influenced by how we want things to have been. Mary Karr, the author of The Liar’s Club, said, “To minimize regrets and justify our behaviors, we sometimes convince ourselves of alternative explanations.”


But how else do we learn, but from our memories or the experiences of others? Even if our memories are not fully formed with all the facts, they often capture our motivations and desires. They may create an image that is consistent with what we felt an experience meant. There is much to be learned by examining our life. And when we write of emotional truth—no one else should argue.


There’s no need to analyze all writing coming from memory for accuracy, but it doesn’t hurt to understand how memory works. Stories are usually written in hindsight—understanding and reflecting on experiences. And there’s no question that by writing about our lives we become more aware and gain clarity and knowledge. 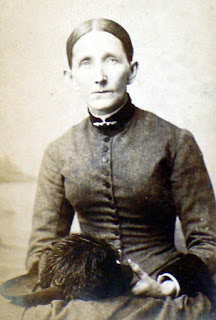 If we are writing about ancestors from stories that they handed down, how do we know their narratives are accurate? Is there a concern that we might be twisting the reality of the past? Like any good researcher, we need to look for the evidence. You may find that the dates don’t line up, or that the third-great-grandfather who didn’t believe in slavery did in fact own slaves. Interview relatives, read diaries, letters, documents, newspaper accounts, and check public records such as census, vital, court, taxes, municipal registry of deeds and land, or books on local history. If you can’t authenticate something, use attributions such as: I believe, or it stands to reason, or it’s possible that…


My family holds hatred for a man who lived in the mid-1800s. It was said that he took land from my ancestor, a poor widow whose husband owed just one more mortgage payment when he died. Because the mortgage was not fully paid, the entire mortgage was forfeited and the house and land taken from the widow. When I did the research, I found there was no record of that “hated” gentleman ever owning the land to begin with.


Not everything is in a record. When oral history is passed down, details are lost or separate experiences are woven together. The telling may become distorted, amplified, and move further from the truth. Many have been guilty of romanticizing the past.


I’m convinced some of the best stories aren’t documented because they were meant to be kept secret. To tell a good story, we need the details that probably aren’t available. This is where the decision may be made to write the story as historical fiction rather than biography or creative nonfiction.


Nowadays we read memoirs of harsh realities and best sellers that often tell of dysfunctional families and squalid childhoods, but it wasn’t long ago that families kept these things secret at all costs. To keep quiet was a loyalty to the family or a way to keep the peace. Now it seems we are ready to arrive at a larger truth about families and all their defects. On social media many “tell all” and don’t seem to miss the loss of privacy. Even then, perhaps it’s not all truth.
Posted by Ora Smith at 9:07 AM

Email ThisBlogThis!Share to TwitterShare to FacebookShare to Pinterest
Labels: Ancestors in Fiction, ancestors in nonfiction, based on a true story, historical fiction, memories, understanding history, writing about ancestors