“Flash fiction” and “flash nonfiction” are styles of writing that have become popular in our day of tweets, texts, and Instagram. The following story is 364 words long and would be considered flash nonfiction because it’s a short, true story.

Missing its spine, the heavy family Bible’s front cover slips askew as I grasp the book. Thick threads stitch the pages together at the now naked back, but nothing keeps the gold-designed coverboards intact. Sitting down, I place the book on my lap, the size and weight causing me to wonder where my third great-grandparents had kept it when new. A cupboard, bookshelf, sideboard, or a table just for the book alone? Was it ever set on a pulpit, used for a sermon? The original owner had been a preacher.
A sentence in old script is scrolled across the first page, handwritten by the preacher who lived over one hundred and sixty years before: “This book is never to leave my family.” It hadn’t.
What kind of man would write such a statement? Was he kind, stern, or overbearing? I thumb through brittle pages, rips and stains displaying its considerable use. The musty smell of decay and history intrigue my awareness to past lives.
Tucked within its pages, I find bits of antiquity—pressed flowers and leaves, a lock of hair, a strip of blue paper with a promise to pay back thirty dollars dated 1858, a piece of torn paper with a sermon written upon it not in the writing of my preacher. This note is later used like a scrap of paper with sums penciled along the side.
The Bible page bookmarked by a piece of lace record family marriages, births, and deaths. I learn one daughter died when two years old. I imagine a doctor placing his hand on the preacher’s arm. “I’m afraid she’s suffering from typhus.”
A great tightness constricts his chest. He gulps for air. His wife collapses against him and he helps her to a chair. An air of stillness settles into their home.
They would have laid the child out for neighbors to see. Her brown hair framing her face, styled so the curls her mother loved so much could be remembered just that way.
In this same large book opened on my lap, the preacher penned the date of his daughter’s death.
People vanish as though they’d never been. I touch her name. Lorena. 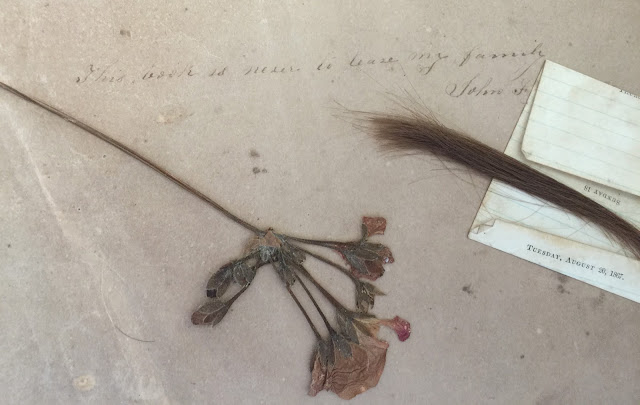 Flash nonfiction is a story that is fully developed in as few words as possible.

Some say flash nonfiction should be no more than 500 words, other say as long as 2,000. It’s not as easy as it sounds to write such a short story, but well worth a try. It’s especially fun if you only know one story about an ancestor. No need to flesh out a whole life, just tell the one story to represent who he/she was.


When writing flash nonfiction, you need to be aware of character construction and plotting so the story can in some way impact its reader. Start in the middle of the action when a moment of change is about to happen. It helps to write about one ancestor and to not waste words telling the reader about that person, but to instead show the ancestor in a scene. Let their personality and qualities unfold throughout the story.


In choosing what you’re going to write about, answer who, what, and why. It may also help for your story to have a theme. 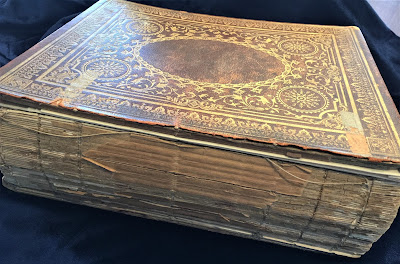 In my story I had to consider how the Bible related to the preacher and to the dead child. And maybe even how it all related to me. I didn’t show one scene, but snippets of a couple scenes. You can show concrete images while slipping in bits of pertinent back-story.


With your story, ask yourself what or who (whether circumstances or people) is keeping your ancestor from getting what they want. Transition from the physical situation to its emotional significance.


You could write a flash nonfiction story about who your ancestor was and then show how this played into your life. It helps if the story is wrought with either wisdom, emotion, intellectual growth, or spiritual connection. It should achieve personal discovery or your ancestor’s discovery. Don’t just think about what happened, but instead why what happened matters to you.


Showing tension impacts the reader. And if your story leads to a surprising or emotional event, then it will take your readers to the story’s climax.


You could consider a twist at the end of your story that will leave your reader surprised. “Twists” are the art of withholding important information until a revelatory moment. Even if you don’t have a twist, your hope is to have a final line that will stick in your reader’s mind or encourages him to think about the significance of the story.


To cut your word count, after you’ve written your first draft, remove as many words as you can without losing the narrative, plot, or characters. Edit everything that isn’t essential to understanding the setting or action.
Posted by Ora Smith at 11:38 AM