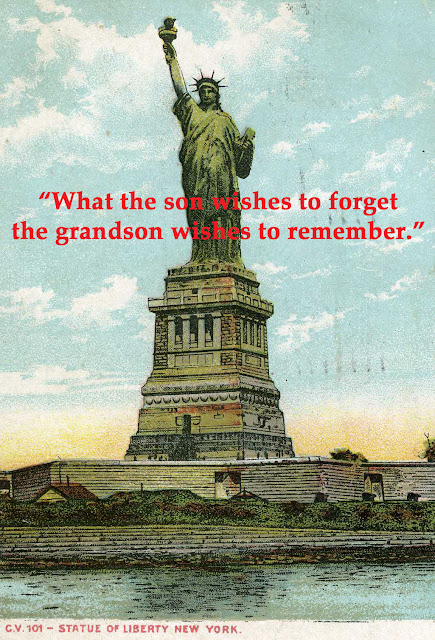 In the 1930s, Marcus Lee Hansen conducted research on the history of immigration to the United States. He was posthumously awarded the 1941 Pulitzer Prize for History for The Atlantic Migration, 1607–1860: A History of the Continuing Settlement of the United States. He was best known for the hypothesis of “the principle of third generation interest: what the son wishes to forget the grandson wishes to remember."

What does that mean exactly?

Well, Hansen suggested that the ethnicity that came with the immigrant was ignored, weakened or rejected by their children, but then returns with the curious grandchild. Typically, the reason the child rejects the immigrant’s beliefs, customs, language, and foreign ways is because they want to fit into the American mainstream and not stand out as different. They were the one’s subjected to the criticisms and taunts of the Americans. Peer pressure was real. They had a hard time fitting in because at school they were too foreign and at home they were too American. They were expected to catch the American spirit and change who they were.

So why would the next generation (and even the next) want to bring the foreign customs back?

I believe it’s the drive for connection. They want to reaffirm who they are. They’ve found their place in society without feeling “different” (as their parent had), so now they are allowed to look back at where they came from without rejection. Their speech is now the same as those with whom they associate, and they probably have gained average wealth, and may feel they have the freedoms to explore.

The “curious grandchild” may have wondered who were their ancestors and why did they come here, and through study felt pride as they learned of the history and culture of their family who were able to survive. National Spirit grew in their hearts. They formed local societies to sing praises to their immigrant ancestors. When looking back, the third and fourth generations recognized that their achievements were from the hardy stock from which they had sprung. They taught their children to have national pride. 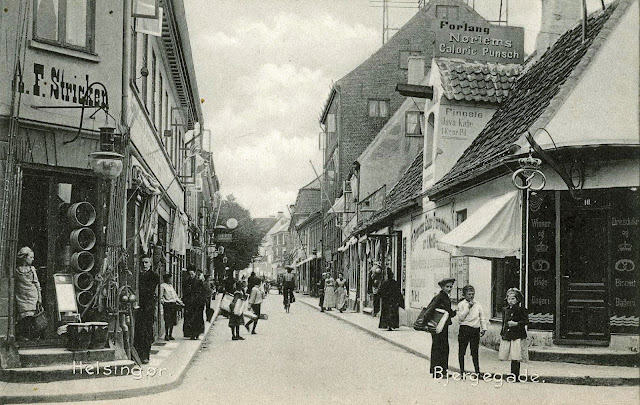 There are stories with great plot lines in each of these generations: The immigrant and their hardships and struggles to get to America; the second generation and their need of acceptance from their peers; and the third generation who looks back to discover their identity.

Much of this may be broad generalization, but there is a truth to human longing for heritage and identity. We aspire to belong and want to form our attachments and loyalties to something or someone. Identity determines how we see ourselves and how others classify us, and even how we choose to engage with those around us. Our social and cultural histories directly impact who we are. They provide structure and meaning for our lives.

Email ThisBlogThis!Share to TwitterShare to FacebookShare to Pinterest
Labels: Ancestors in Fiction, ancestors in nonfiction, ancestral homeland, based on a true story, immigrant, inheritance, research ideas, writing about ancestors