The Scarlet Letter by Nathaniel Hawthorne 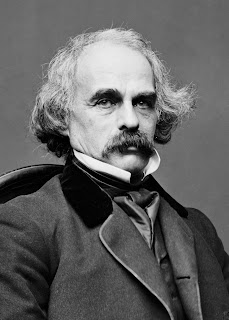 Nathaniel Hawthorne’s strict Puritan ancestors inspired him to write the novel, The Scarlet Letter, published March 16, 1850. It is a fictional history in American literature about Hester Prynne, a woman who committed adultery, living in a society governed by Puritans. It focuses on the crime of moral sin and punishment, and the concept of man’s relationship to himself and God.

The novel starts with an introduction titled “The Custom House,” where Hawthorne introduces a narrator who is much like himself. The introduction is thought to be an autobiographical sketch in many ways because of Hawthorne’s connection to the Puritans, and his feelings towards them. His great-great grandfather, John Hathorne [sic] was a judge who presided over the Salem witch trials. Hawthorne highlighted his ancestors’ weaknesses and their strengths, and saw them as strict and unfeeling, but also people who were perseverant, and had great inner strength and moral courage.

“The Custom House” sets the story up by connecting the present (the narrator) to the past (the novel itself). In other words, it would be like you as a writer positioning yourself to understand your ancestor(s) by saying, I am here now and this is how I feel, but back then they did things that I can’t agree with, and then you would go on to tell the story of how it was then. For Hawthorne, maybe it was his way of making sense of how his ancestors lived and thought. And perhaps even redeeming them somehow by showing a character such as Hester Prynne who wasn’t so judgmental and served those who abused her.

In the introduction, the narrator takes blame for the actions of his ancestors. He’s concerned that his ancestors would find his writing frivolous, but also voices a disdain for their intolerance and lack of humanity. Yet, he admits a sense of connection to his ancestors. They haunt him and he feels a tugging to tell their story.

The founders of a new colony, whatever Utopia of human virtue and
happiness they might originally project, have invariably recognized
it among their earliest practical necessities to allot a portion
of the virgin soil as a cemetery, and another portion as the site of a prison.